The Art Of Being Positive

This article appeared in the Ballito Fever, 5th October 2012.

North Coast Salt Rock resident and life coach Sharon Castle has been helping people to get the most out of their lives for more than 30 years.

This fantastic woman could motivate a candidate on Death Row. Sharon comes across as a most approachable person, someone you would naturally look to for advice and inspiration.  Castle moved to the North Coast four years ago and currently gives workshops throughout South Africa, as well as teaching clients privately.

She’d always had a deep passion to help people and finds it as therapeutic for herself as for her clients.
Sharon studied to be a life coach with Results Coaching about 10 years ago, but said her journey started long before this.
“Up until I did the course I had no idea that what I did actually had a title. I thought I was just helping people,” she confessed.
She said she started out as a Sunday school teacher when she was very young and still living in Johannesburg, and progressed to a Methodist Church youth leader as a young woman.
Through taking a weigh-less class herself, Sharon went on to become a group leader, then a lecturer and later a facilitator of a Young Achievers programme at Primary schools.

“Coaching is a very powerful method of extracting the greatest potential from people. Great coaches have only one agenda – to facilitate transformation,”

Hers is a holistic approach. She looks at every aspect of the people she works with – mind, body, spirit and emotion. What she actually does is clear away people’s negative energy in order for them to go in a new direction in their lives.
Sharon uses some kinesiology methods to do this, as it involves getting bio-feedback from muscle reactions and helps healers understand what is going on with the body.

She said her talent was not always as sought after as now.
“I remember in 1993 I had put together a programme called ‘complete woman’ and even after going from door to door asking people to let me motivate their staff, I battled to get hired. Now people seek out coaches,”
Her main programmes are the ‘power up your brain’ course for business people and the ‘inner wisdom’ course of self discovery for all.

Some positive thoughts from Sharon Castle:

Multi-tasking is not all it’s cracked up to be. Trying to do too many things makes you stressed, not clever. Keep it simple.
Stay in the present, the negative aspects of the past have nothing to do with your future.
Right on the other side of your fear is your freedom (from Dr Joe Dispenza).

Holding onto resentment is like drinking poison and expecting someone else to die. Learn to let go. We don’t begin to know what freedom is until we reach a point in our lives when we have no need to impress anyone. 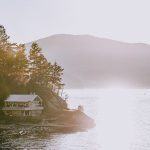 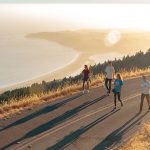