I was recently asked to talk to a group on the Positivity of the Spiritivity of Christmas, at a local coffee shop in my hometown.  In the first few minutes, as I was still introducing myself, a very interesting occurrence took place.

Standing at the back of the coffee shop, overlooking the tables filled with people eagerly awaiting my positive message, it became apparent that two patrons sitting in the far corner were not part of the gathering.  In the first three minutes of the talk, while trying to set the tone for this very upbeat subject, the two dears attempted to “out-talk” me by raising their voices, during their tête-à-tête.

While everyone present strained their ears to hear me, the initial positive atmosphere quickly changed to an air thick with irritation for the two, probably oblivious to the fact that that they were talking so loudly, which made it difficult for anyone to hear me.

As everyone naturally turned to see where the din was coming from, the negativity of the group toward the two in the corner, was definitely felt by them, as one of them, feeling the irritated stares of the group, turned to me and angrily enquired “are we not meant to be here?”, her tone indicating the sarcasm of “I have every right to be here.”

Being a life coach has its advantages, and having coached hundreds of people through many situations, in my best coaching voice, I responded, “you absolutely have every right to be here ma’am and you are most welcome to stay right here, however, we will be continuing with our meeting”, at which point they angrily asked for the bill and left.

A negative situation for everyone especially the poor coffee shop owner, who quickly ran after them to apologise, as coffee shop owners do, regardless of what was apparently, wrong.  They continued to raise their voices at her, while everyone listened in astonishment.

As a speaker, I have on occasions been challenged and questioned, so this situation was not upsetting for me, and I have had to turn some potentially negative situations around.  Once everyone swivelled around to once again face me, I was able to use the situation as an example of how negative attitudes can affect even the most positive events and people.

The talk progressed nicely and a strong message was received, strengthened by this unexpected negative start to the event, proving once again that regardless of the negative environment or situation, we always have a choice to respond in a positive way.  My point was made, and I secretly thanked the two offending patrons, for their display of vitriol and anger, helping the group to witness first hand, how one’s negative reactions can potentially cause even the best intentions, to go sour.

The way that we perceive a situation is entirely dependant on our attitude.  In every moment, we have a choice.

I have come to realise more and more that if our internal beliefs; the invisible part of us, is strong, peaceful and aware, no external, visible, seemingly negative situation has the power to alter our sold, unshakable positive core.

It reminds me of a quote by Thich Nhat Hanh – “Every thought you practise, anything you say, any action you do; it bears your signature.” 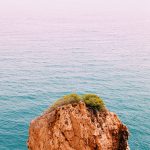 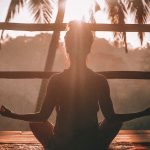 The Art Of Being PositiveSharon's Blog, Uncategorized