Truth without love is brutality

I’ve always respected the truth. What I mean by that is I had this idea that what I was thinking was the truth and so I felt that I had every right to speak that truth because I felt that it was …. well….true!

Until I came across the 3 principles that is the basis for all my work, I didn’t know that what I thought was the truth was really my personal version of some made up idea that had just become a habit of thought. The 3 principles of Mind, Consciousness and Thought previously known as the psychology of mind or health realization was uncovered by Sydney Banks, a Scottish welder who had an enlightenment experience more than 40 years ago. You can find more info on Syd Banks here.

Up until that point in 2015, I not only lived my life according to this personal truth but also taught from this place of believing that my thoughts were real and should be taken seriously. Now I know that most people live from this place of internal deception, innocently believing that everything they think should be given attention and dealt with. Me too; until I discovered that I had been operating in resistance to my wisdom (truth) which can only be ‘heard’ when I am settled, quiet and able to hear.

What a relief to know that I am not my thoughts and that my personal mind isn’t necessarily being honest with me but simply replaying something I concocted up, based on what I believed to be true. Now that I understand how the human psyche really works I’ve come to see that my version of the truth isn’t based on anything except my own ideas of what the truth is. I know this may seem like a stretch for some and I include myself in this when I say I used to honestly believe that I should always be speaking the (personal) truth of what I felt, even if the person I was speaking to didn’t like my version of the truth.

I’ve come to see that this isn’t necessarily true. Yes, I strive to tell the truth but if the truth that I feel inclined to tell isn’t done in a loving way, it’s always felt painful in a way that I couldn’t previously describe. Fully understanding the 3 principles has helped me to know the Universal truth is very different to my personal truth and that has given me more freedom than I could ever explain. Until I really felt the difference between the real Universal truth and my personal version of the truth, I suffered along with everyone else.

“The truth shall set you free” is often quoted but rarely understood. But once it is understood there is no turning back as the feelings of freedom, love and understanding grow.

At this stage you may still feel confused by what I am describing and again, I would have to say that I also couldn’t quite grasp it until I really ‘felt’ it and that made all the difference.

If you would like to know more about living in freedom (in spite of the current state of the world) loving from a place of truth (even if everything around you currently feels like a lie) and speaking the truth (not your personal version of the truth but the Universal truth), then I encourage you to contact us at Mindfit Coaching Academy to find out how to Awaken to this incredibly powerful knowledge and learn about the 3 Principles.

Truth without love is brutality, and love without truth is hypocrisy
~ Warren Wiersbe
Truth without love is brutality2021-12-202021-12-22http://sharoncastlecoaching.com/wp-content/uploads/2017/01/finalfinal.pngSharon Castlehttps://sharoncastlecoaching.com/wp-content/uploads/2021/12/sharondecblog-scaled-e1640001710533.jpg200px200px
About
Sharon Castle
Quick Links
Latest from my Blog
Join my mailing list
Copyright Sharon Castle | Design and Development by Confab 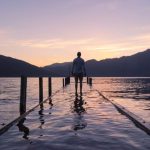 Do you know the difference between hoping and knowing?Sharon's Blog 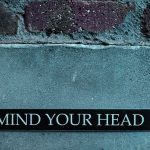 January 2022 – Opting out of perfection and finding myselfSharon's Blog