Have you noticed this?

These last 13 days have highlighted something that I wanted to talk about and wondered if you had noticed it to.

Of course I understand that there are many that are not coping and feeling really anxious and stressed about the future and I don’t want to take away the severity of the time we find ourselves in, but the thing I’ve noticed above all else is this:

This is the statement that occurred to me in the middle of the night, last night when I was thinking about what has happened to my youngest son. I have amazing children and all of them often leave me speechless with what they get up to and achieve in their lives. I wish I could take the credit for it and I’d like to think that something ‘stuck’ to them with all the coaching/motivating/teaching I’ve clocked up over the last 37+ years, but this is bigger than I could ever have predicted, and that’s how these things work.

Below is an app that you can use to track yourself during this Corona virus time and it’s a powerful tool for all South Africans. It is the brainchild of my son and his friend, both of them medical doctors in their respective fields of anesthesiology and sports medicine, and their tech team from Sigma Digital and Mood. The background to the story is that several months ago they collaborated to produce an app (inSightFit.com) that was user friendly for those that participate in high level sports. The idea is that sports people can track their health and performance using biomarkers. These markers are then analysed and a comprehensive report provided, with recommendations on what too improve.

What happened just over a week ago is that it occurred to them that the app could be pivoted to be used to monitor South Africans in the current Covid19 virus situation we find ourselves in.

With their team, they devised questions that could be answered on the app to help people who feel confused and anxious about how to identify whether they need to get medically tested. Having clarity on the next step to take so that the Health facilities are not overrun with people requesting unnecessary tests is the greatest positive. Of course it doesn’t take the place of medical testing but is a precursor to understanding the symptoms to look out for and monitor, in this current situation.

The app has gone viral. It’s been shared and used by thousands already and I am sure that many more thousands, if not millions will soon have access to it to use in isolation just with a few clicks on a smartphone. It’s free and will always remain free.

This astounds me and some might say it’s a coincidence. But I see something more that just mere coincidence.

I see that they had an idea; they took action and played around with the idea until something emerged that they felt was good and then proceeded to engage with people who could help them. This takes time, money and effort but they were undaunted because they just ‘knew’ that it was good.

Fast forward to today. The inSightFit.com app isn’t quite ready to be launched and we’re in lockdown. From the ‘unknown’ a new idea occurs to them and they take action. They see a way to help the nation that will lighten the load of the health care workers and allay the fears of the people that are anxious about their health and their exposure to the virus.

Everyone gets to work and a miracle occurs, that they could never have planned or predicted and could never have known. Now they have something that could flatten the curve faster than any other country and which may just save lives.

Radio stations are requesting interviews and the media are reporting on the app daily.

That is exactly what I attempt to teach. Just keep putting one foot in front of the other with what occurs to you to do, and trust that things will unfold in perfect and divine right timing. Out of the unknown, because they trusted that something great would come of of an idea they felt strongly about, something amazing happened.

You can’t predict it! You can’t force it! You can’t even consciously prepare for it – that wouldn’t be a miracle, that would just be a plan and how often do plans work out exactly as we’d hoped. Have you noticed that most things are out of your control and resisting your reality is what creates your suffering?

In this difficult and life-changing time, just do what it occurs for you to do, in each moment and the next step will be shown to you – and the next….. and the next…… 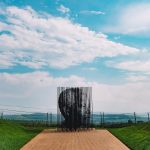 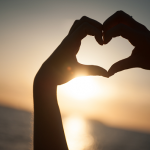