Words don’t come easily when talking about losing a pet.  I have said good-bye to a few special little souls that have helped to make my life more whole over the last 57 years, but never have I been so traumatised by loss as I was just a few months ago.  My little rescue Jack Russell, named Hulk by my son because of his “big” nature, was attacked and killed on the beach in front of our house, while we were peacefully taking our usual morning walk.  On a dog-friendly, off-lead beach, that the local community used to walk their beloved dogs every day, I experienced an event that has changed me forever.

Devastated is too weak a word to describe the sense of loss and pain I have experienced since the incident.  So many “what if’s” run through my mind – “what if I didn’t walk that day – what if I had walked earlier or later – what if Hulk was on a lead – what if the 70kg Boerbul wasn’t on a lead – what if I hadn’t taken Hulk off the lead to have a quick swim – what if ………..?” And so the painful movie runs over and over in my mind until I have to distract myself so that I can stop the agony.  Hulk was a curious and friendly fella and ran up to every dog on the beach to say hello, and usually, once the initial sniffing went on, he would run back to find me or I would call him and he would race back to join me.  Who knows what happened on that fateful day?  The 70+ kg dog, unpredictably, turned on Hulk, without any growling warning, and Hulk did not stand a chance with the size and power of this dog.  Three adult men and two women were unable to stop the Boerbul from savaging poor Hulky.  In spite of all of us attempting to beat him, pull him, or restrain him, we were all powerless to do anything to save Hulk.

As a brain-based coach, I teach the principles of re-wiring the brain and yet, with this incident, I am finding it hard to “switch off” and think a different thought, other than the traumatic ordeal I went through, watching my little shadow, being mauled to death.  Hulk was never more than a few metres away from me all the time.  He taught me so much – how to play, how to relax, how to be more patient and calm and how to love unconditionally.  Without his little presence, I feel lost and lonely.

My husband and I received Hulk under unusual circumstances.  My son relocated to our coastal town from the city three years ago, and nobody wanted his little dog back in the city.  So soon after my son arrived, his dad drove over 700 km, with Hulk in the car, to bring him to us.  When he first arrived, his “big” nature was a little overwhelming for all of us, especially by two old boys of 13 years.  Hulk was a confident and spunky fella, and I could understand how difficult that could be for humans who wanted to control him – Hulk was not one who easily accepted any form of control.  He was a free- spirited but extremely loving boy and all he wanted was acceptance.

We soon realised that just accepting him was the key to having a relaxed little Jack Russell and he settled in beautifully with everyone.

Sadly, our two older furry boys passed on 8 and 9 months later, and Hulky became our only pet.  He started to follow me around and never left my side, and we grew to love each other so much so, that at night he would curl up beside our bed, making little happy grunting noises that we grew used to and now miss so much.

I cannot blame anyone for this awful incident.  Animals are instinctive and humans can be oblivious to how their dogs may behave in certain circumstances, so I choose not to judge.  The lady who owns the dog has been apologetic and expressed her sympathy and is thinking of putting her dog to sleep.  How could I condone that when I know of stories of mothers who have forgiven their child’s murderer or the wife who has forgiven their husband’s killer, the results of a car accident?

I cannot be judge and jury and I choose forgiveness and love over retribution and punishment.  Hulk would have understood that. 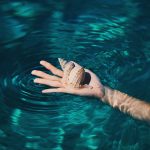 Acceptance – One of the hardest things I have ever had to doSharon's Blog, Uncategorized 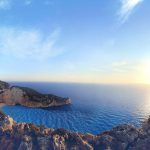